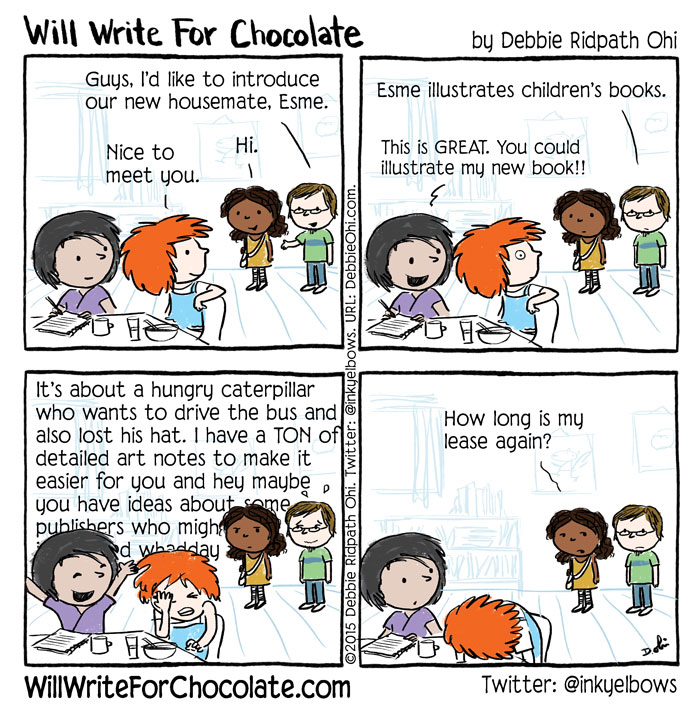 When I began Will Write For Chocolate, I mainly wrote nonfiction articles while I worked on my middle grade novels for young people. Now that I illustrate books as well as write them, I figured it’s time I add a children’s book illustrator to the strip. 🙂 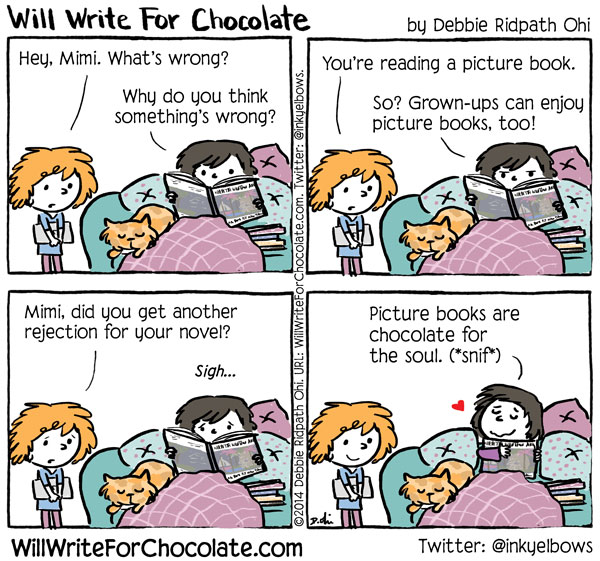 November is Picture Book Month, and today’s Will Write For Chocolate strip was inspired by Ame Dyckman’s wonderful post about why picture books are important.

A Disadvantage (and Advantage) of E-book Readers 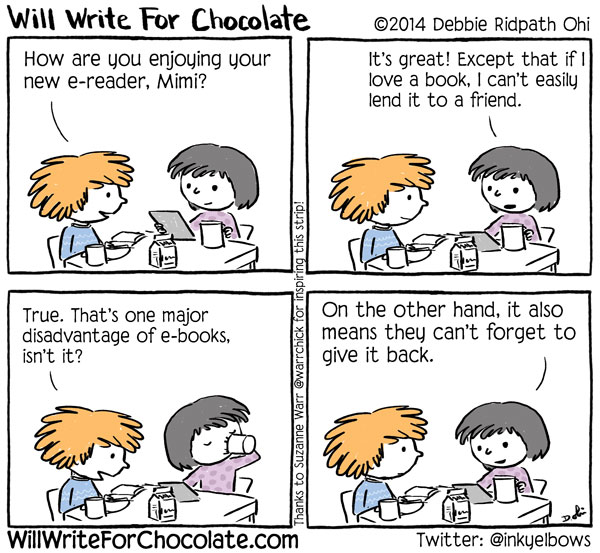 Thanks to Suzanne Warr (@warrchick) for inspiring this comic during a conversation we had on Twitter. 🙂 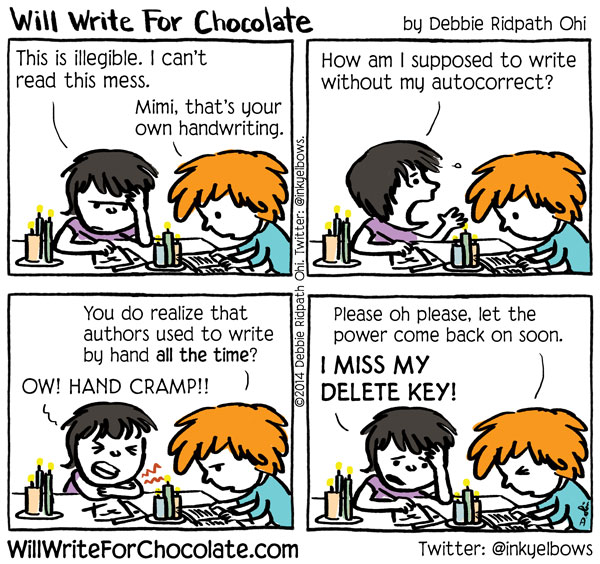 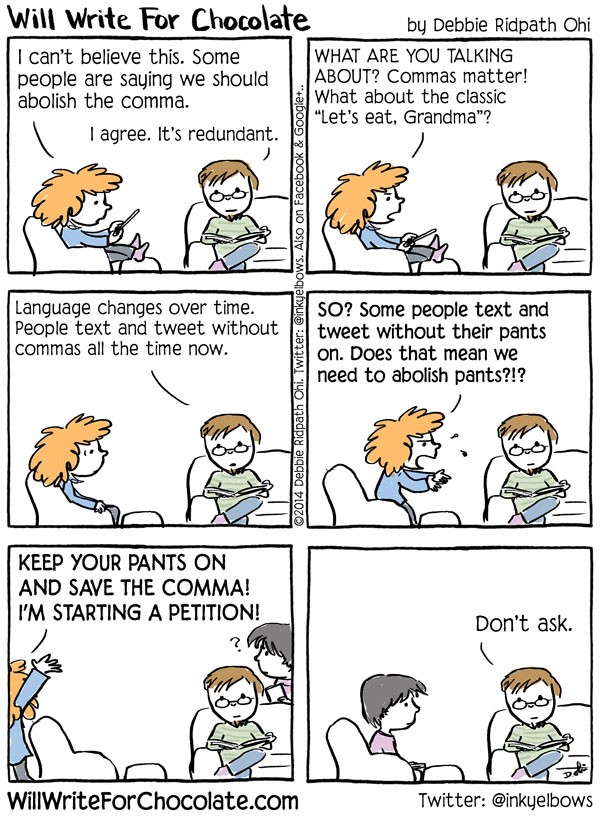 Comic above was inspired by this article in The Independent. 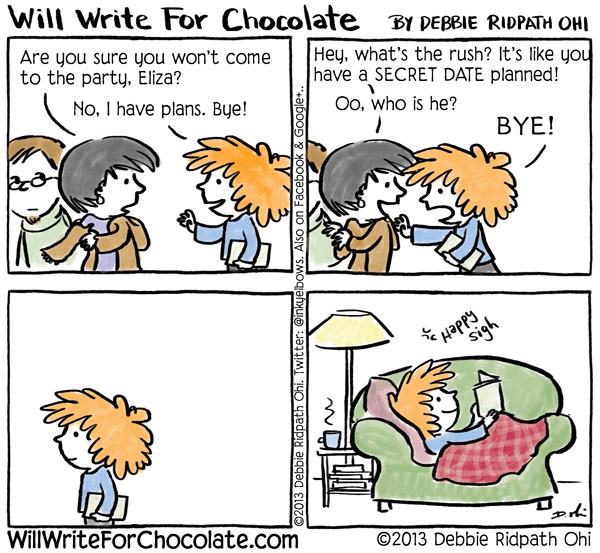 I’m sure I’m not the only one who has made a Secret Date With A Good Book. The busier life gets, the more vital it is to purposely make time to read. (Are you doing NaNoWriMo? Check out my friend Errol Elumir’s daily NaNoToons!) 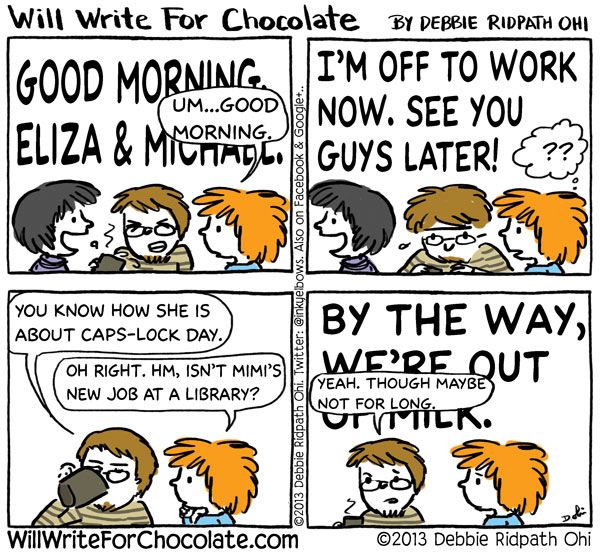 AND YES, THERE REALLY IS AN INTERNATIONAL CAPS LOCK DAY. Here’s the Wikipedia entry about the event.

One Feature the new i-Phone DOESN’T Have 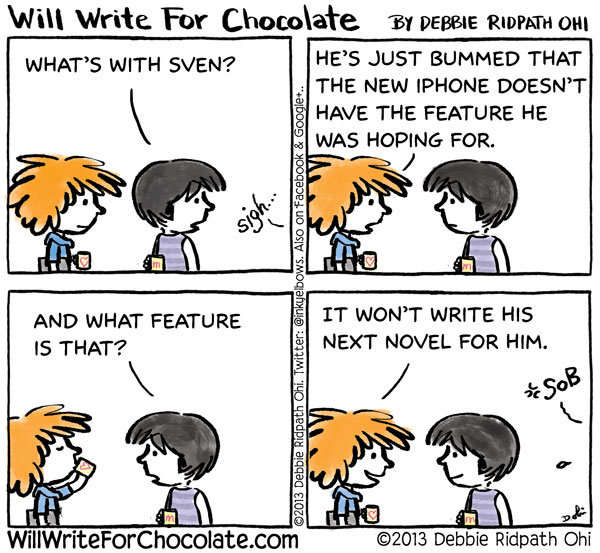 In case anyone was wondering, I *have* decided to upgrade my iPhone to the iPhone 5s. I read ebooks on my iPhone as well as taking a ton of photos, so the improved graphics capability (and especially the new camera features) make it well worth it for me. More info . . . 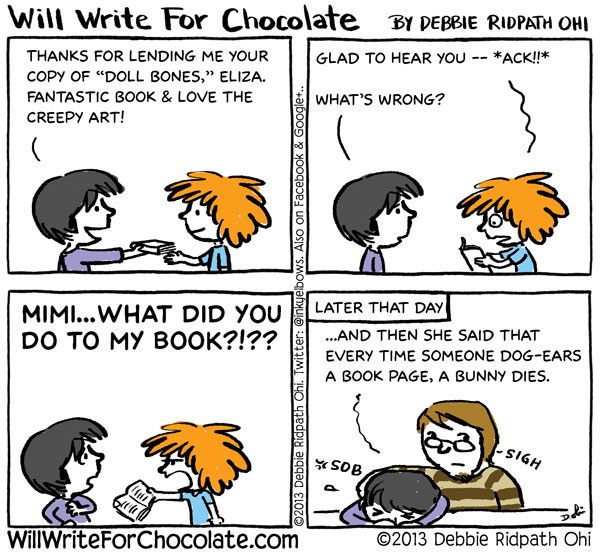 I really do love Doll Bones by Holly Black, illustrated by Eliza Wheeler (note: I named my WWFC character Eliza years before I became friends with Eliza Wheeler :-)).