Apologies for the hiatus. My feeble excuse: I was working on I’M BORED and also learning how to use Photoshop. I finally got around to switching my Will Write For Chocolate template from Corel Painter to Photoshop, which will make it easier for me to update the strip. Thanks to . . .

When the Muse Strikes

Apologies for the hiatus. A lot has happened in my life since I last posted. One of the most significant: I got a book deal. I’m illustrating Michael Ian Black’s new picture book, I’M BORED, which is coming out from Simon & Schuster next year. HOW COOL IS THAT? I’ve . . .

I’m actually participating in FOUR creative challenges this month (which prompted my friend Andrew’s comment, which inspired this comic), but there wasn’t room. 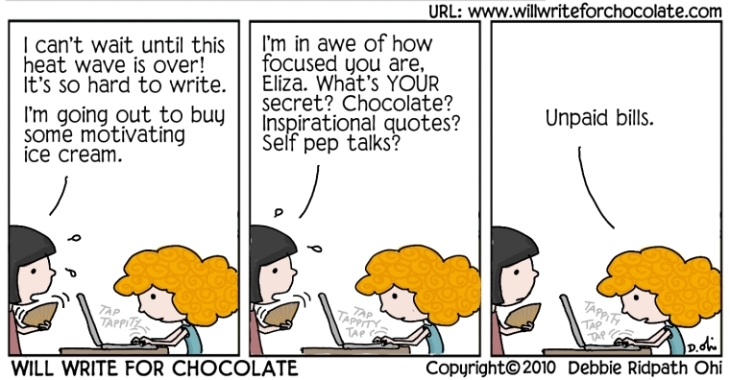 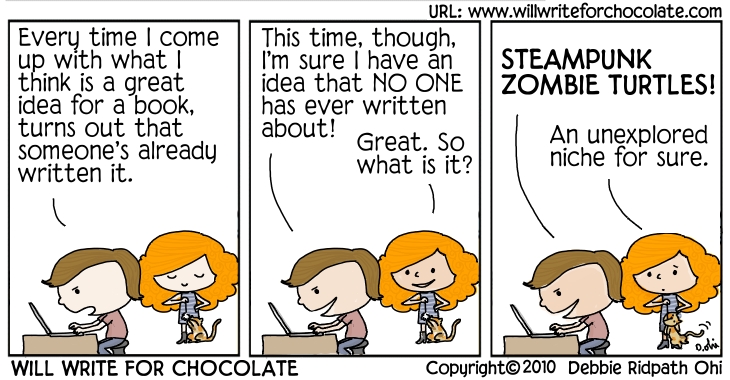 Mimi and Her Writer’s Wordcount Challenge If you want a daily wordcount challenge with leeway, consider doing the Inkygirl Wordcount Challenge For Writers. Inspired by this post by @moonrat: Tip for writers: try VERY HARD to let go of the fear of failure; it doesn’t gain you anything. Excellent advice! I’m going to do my best to take this to heart.